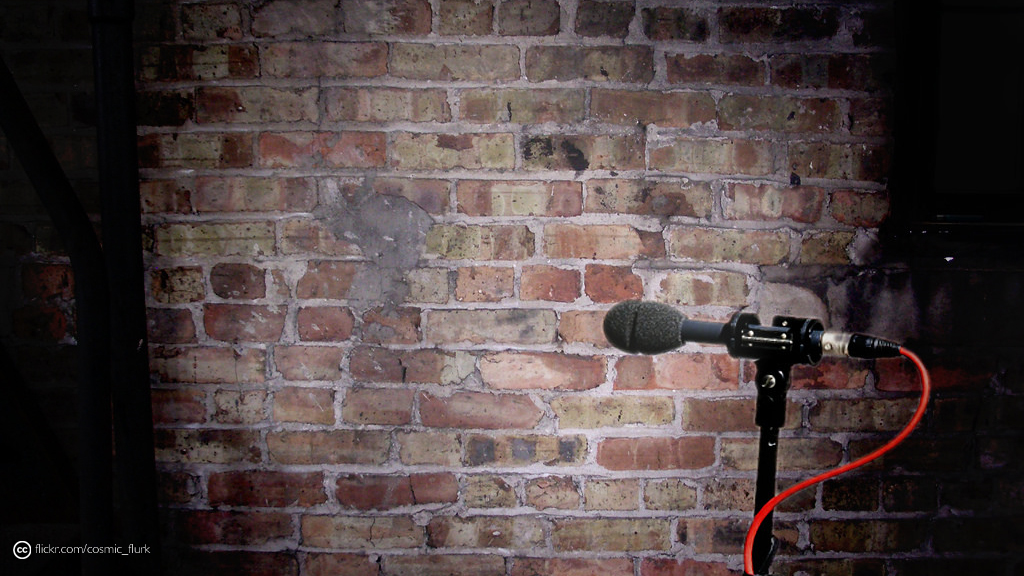 A man walks into a bar. It really hurt. He had a headache for hours.

The thing about jokes is that the punchline is unexpected. There’s three parts to a joke; a premise, a setup and a punchline. The premise gives you the lay of the land, the setup which sets you up for a sense of expectations, while the punchline throws you with some completely unexpected.

Some of the best storywriters like to think of their stories as big jokes. There’s a premise, a setup and a punchline. Pixar likes to think about their stories like that. “A elderly man is forced to move to a retirement village, so he attaches a whole bunch of balloons to his house and floats away.” Actually the punchline to that story is that a couple planned an exotic holiday on the top of a secluded cliff their whole life, but when it finally is all pulled together, there’s an elderly man, with all his possessions, on top of that cliff, alone.

Some say that there’s two types of stories. There’s Comedies, which everything goes wrong with our characters until the last moment where’s there’s a great party. And there’s Tragedies, where every day is a party until the funeral comes. If you were to map how well the characters were going with a graph, Comedies look like a smile while Tragedies look like a frown.

So I wonder what your story looks like right now?

“It’s a short time on this planet, man. It’s a date, and then a hyphen, and then another date. And we’re the hyphen.” Craig Ferguson

The comedian Craig Ferguson put it best about the story (or the joke) of life itself. When he made that quote, he was thinking about his career and he felt there was more to life than speaking to celebrities all day. There was a sense of missing out so much more of his potential as a comedian & presenter.

We have a sense that we’re going to miss out on something, that we need to cram so much into our hyphen; get a degree/diploma, see the world, meet new people, make stuff, further your career, change your career, get married, raise a family, get that perfect selfie.

And there’s a sense that this is the what good life looks like. It can feel like the material, or the experiential life matters. One view of the world could be summarised as “Let us eat and drink, for tomorrow we die.” (1 Corinthians 15:32)

But there’s a problem. Death isn’t a great punchline. Death is expected in life’s story. Death has it’s sting, and those who see it up close knows how painful it can be. For one day you might be having a great drink with your mates, the next he’s gone. I’ve seen that happen up close. Life’s story can be such a tragedy.

But what if death wasn’t the end? Well, Jesus comes along and offers a better punchline.

Jesus has a great punchline

Jesus had died the most horrible death at the hands of people – People who saw him as a threat to their power, and from people who did not believe that he was their God. But even those who did believe he was God, they didn’t believe him when he said that he would rise again.

So Jesus is dead on Friday. (Not the most fertile ground for comedy, but stick with me.) There’s a day of rest. (I mean, everyone needed a day to recover.) So when Sunday rolled around, some of the women disciples go off a to complete the burial rites. They didn’t want to keep God himself decaying. They we’re expecting a dead man in that tomb.

And then, he’s not there. They see a stone rolled away. All they see is linen in the tomb. And the most appropriate response is to freak out.  It’s like a big prank has been pulled right here.

At least when Mary turns around, she bumps into Jesus. I’m not surprised that Mary thought that Jesus was the Gardener. Picture him; Mediterranean, did a lot of hard labor growing up, got along side a lot of people, probably had a beard. I could be describing the current presenter of Gardening Australia! At least when the veil is lifted, it’s a sweet moment when they embrace. But you know something’s changed.

Jesus has a delivered a great punchline to life’s story. Jesus’ life is different. It has a date, and then a hyphen, and then a blip. But in that blip, death has died its own death. It no longer has it sting, it no longer has victory over Jesus.

But not only that, The Apostle Paul argues that this is just the beginning. There’s now a new life for all of us to be part of. The tragic life has just turned into a comedy, because now it’s just the beginning of a new path, a new life, a new story. Death is no longer just a date; it does not have the pain and sorrow and sting as it once did, it no longer has a grip or victory. Death is just a blip now.

Many Christians will say this April 1 ‘Christ is risen!’ Guess what? Christ is Risen is just the punchline to life’s joke.

Much of this article can be attributed to SpeakLife’s Easter videos released in 2018, and Glenn Scrivener’s book “Divine Comedy, Human Tragedy.” I can also recommend Rory Shiner’s book, “Raised Forever”, if you would like to explore about the impact of Jesus’ Resurrection. I post mostly on Church Website design over on Medium, & recently here.